Fabian Lance is no newcomer to the music industry and the two songs included here prove that beyond a doubt. Born in Washington, DC., Fabian Lance studied music at Virginia Union University in Richmond, VA, the Alma Mater of Will Downing. Where Fabian was a musical protégé of Tyrone Corbett, Weldon Hill and James Saxsmo Gates just to name a few.As a pianist he has worked as an Music Director for many talented artist and musicians, has toured Europe several times with Broadway Productions, including Sister ACT I & II, The Wiz, and Eubie. Fabian has served as pianist for the late, great Ronnie Jordan, Plunky and Oneness, and the James Cleveland Music Workshop. He has also produced outstanding smooth jazz releases by Anthony Ingram  and Neo‐Soul by Joye B. Moore. A founding member of the Super Contemporary Jazz Group ‐ FRENS with Carl Lester‐El Jr. (Ramsey Lewis) and vocalist Rudy Faulkner, Fabian Lance has done it all. Trying not to make comparisons is very difficult when your sound and technique is classic; as is the case with Fabian Lance. Joe Sample, Jeff Lorber, Bob James, Paul Hardcastle, Brian Culbertson all come to mind when you listen to the entire scope of his songs. So much so, Sunset in Venice, Reminisce, Afterthought, Round Midnight and the ultimately smooth groove “B” Side , superbly produced by Veteran Producer, Singer, Engineer, Tyrone Corbett and his multi‐talented partner Robert Donzella, will take you to that place where the first thing you will ask is “Who is that?” Especially as Sunset has vocal stylings reminiscent of early Earth, Wind and Fire, performed superbly by St. Thomas, native, Rudy Faulkner. 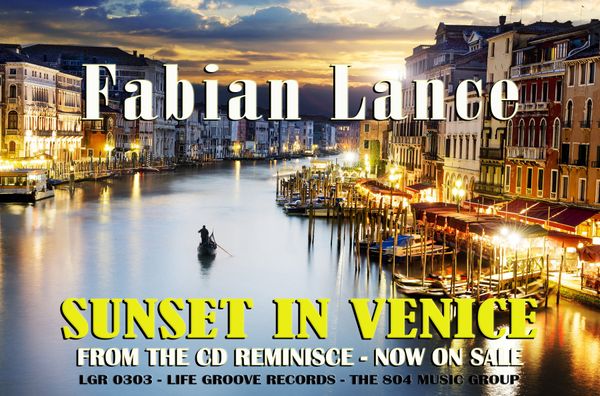 Crazy Love will also turn heads as Chyp bring this funky vocal track as close to jazzy‐funky‐cool as you can get. Sunset in Venice, the  Lead Single from the hit CD “Reminisce”, is a picturesque landscape of the Venetian Sunset revealed  in song. Inspired by the actual experience of watching the Sunset over Venice, Italy, where Fabian  Lance was recently on tour. Sunset in Venice is a wonderful and timely spring release that creates the mood of beautiful evenings together with family and friends, sipping on your favorite beverage  listening to the smooth contemporary sounds of Fabian Lance. The CD "Reminisce" tells a story of versatility, musicianship, great production, and style. As the long‐awaited debut Solo CD for this veteran of many stages all over the world, this CD is the just the beginning of a great career as a recording artist for Fabian Lance. 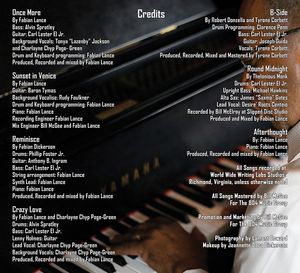 All Songs Mastered by Bill McGee For The 804 Music Group

Promotion and Marketing by Bill McGee For The 804 Music Group 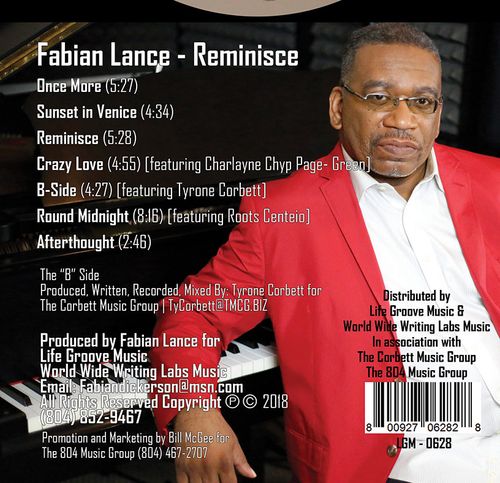